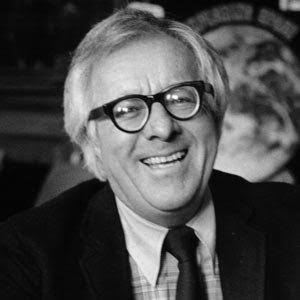 For the likes of Ray Bradbury, taking a writing course was a complete waste of time. He believed that the best way to become a writer is to live in the Library most of the days – that’s exactly how he became a writer.

“I took a writing course in summer school in 1939, when I was in high school. But it didn’t work. The secret of writing was, to go and live in the library two or four days a week for ten years. I graduated from the library having read every single book in it. And along the way I wrote every day of every week of every month, for every year. And in ten years, I became a writer. “

“You can’t learn to write in college. It’s a very bad place for writers because the teachers always think they know more than you do—and they don’t. They have prejudices. They may like Henry James, but what if you don’t want to write like Henry James? They may like John Irving, for instance, who’s the bore of all time. A lot of the people whose work they’ve taught in the schools for the last thirty years, I can’t understand why people read them and why they are taught. The library, on the other hand, has no biases. The information is all there for you to interpret. You don’t have someone telling you what to think. You discover it for yourself.”

Ray Bradbury
(from 2010 interview with Sam
Weller – The Paris Review)

This may sound negative but we need to get the point straight. According to Ray Bradbury, we don’t learn how to write in college. We discover it ourselves. We can learn the basics in school but we don’t become writers by studying writing. Writing is what we learn by writing.